Explore implications: Architectural object as molding and adaptation of its environment.

The housing units are designed to correspond the climatic conditions of the area; this includes the circulation of natural air and the penetration of natural light, reinterpreting the traditional architecture of the area, highlighting its main elements.

The opening of its single façade, fragmented by an exterior gallery, facing a wide street, allows us to incorporate the natural and built environment to the houses. To this end, it was worked to be used as a buffer zone that promotes, under safety regulations, the relationship between the interior and the exterior with the main street of the city.

It was created then, in its single facade, a dynamic and permeable, which promotes the entry of wind and light into its interior spaces; through an ornamental wall with traditional blocks on the ground floor, which works as a barrier and separates the interior with the exterior gallery, and re-interprets a new architectural form. And with the intention of promoting lightness, in the upper floor we worked with polycarbonate, a lightweight, non-sharp plastic material, divided into modulated panels. A screen was created that allows the diffusion of light in both directions.

The polycarbonate, structure and wooden floors carry a message much deeper than the lightness and light permeability, they constitute a plastic reference that represents a form of relationship with its urban environment through an invitation embodied in the material itself, a way to generate community. 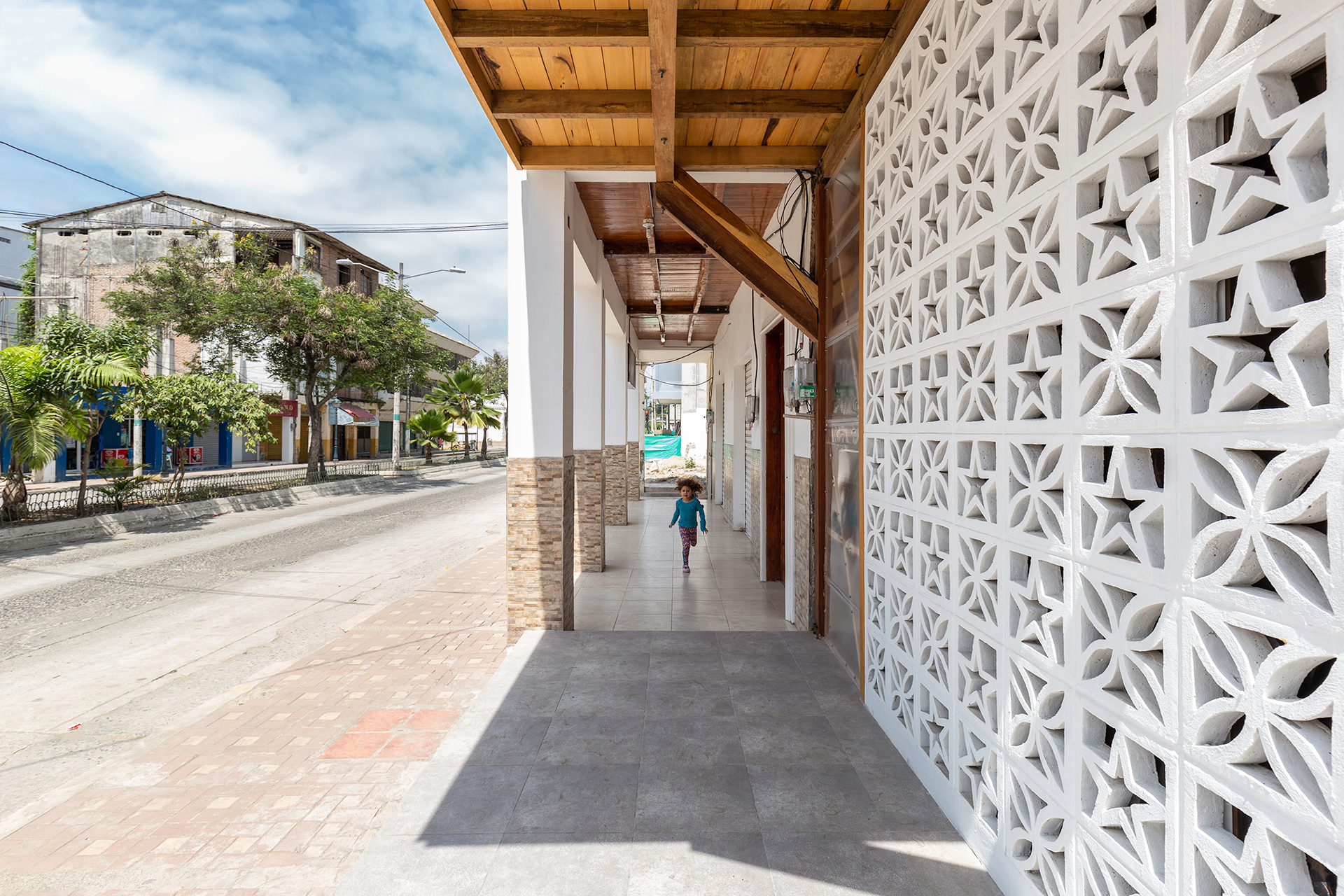 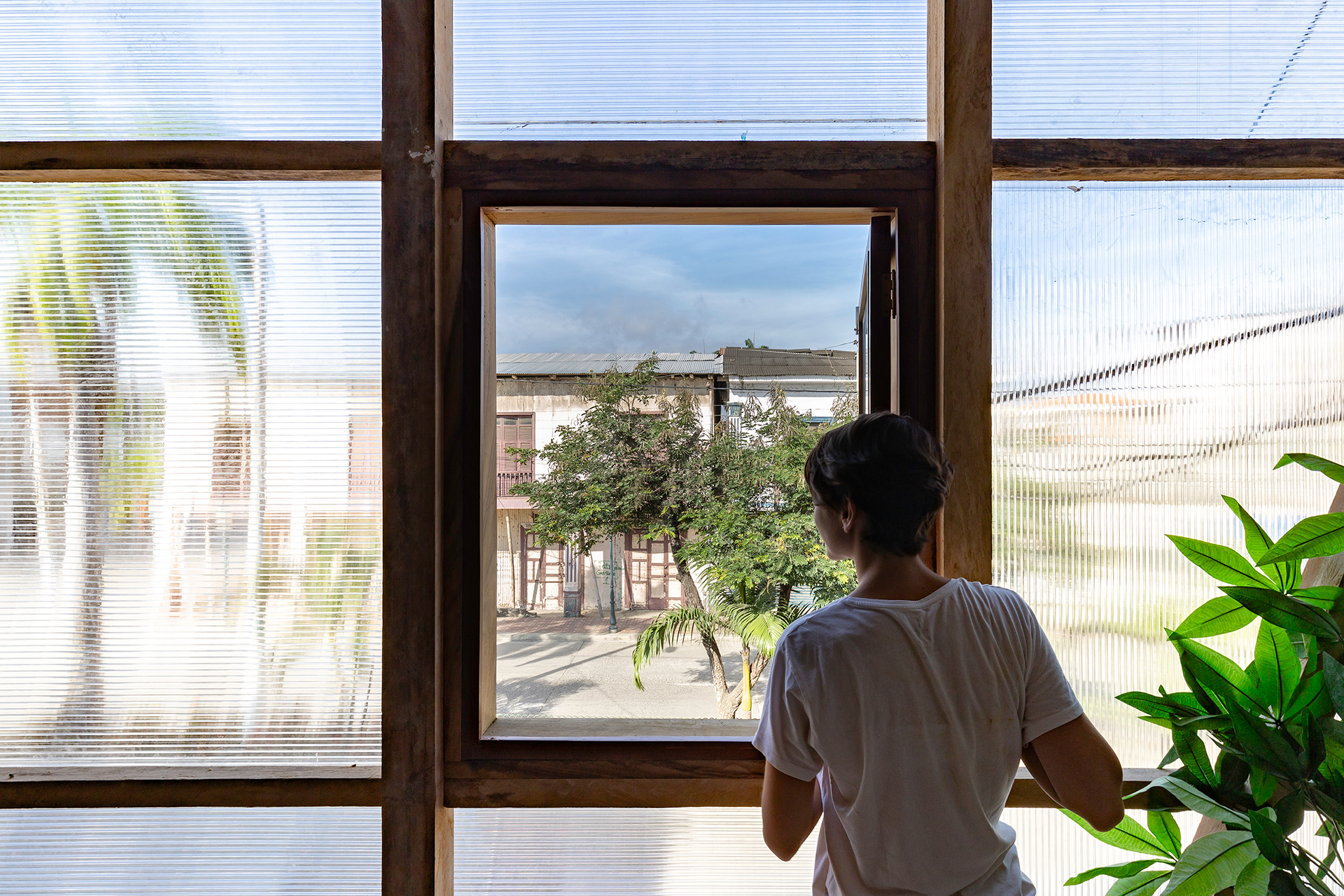 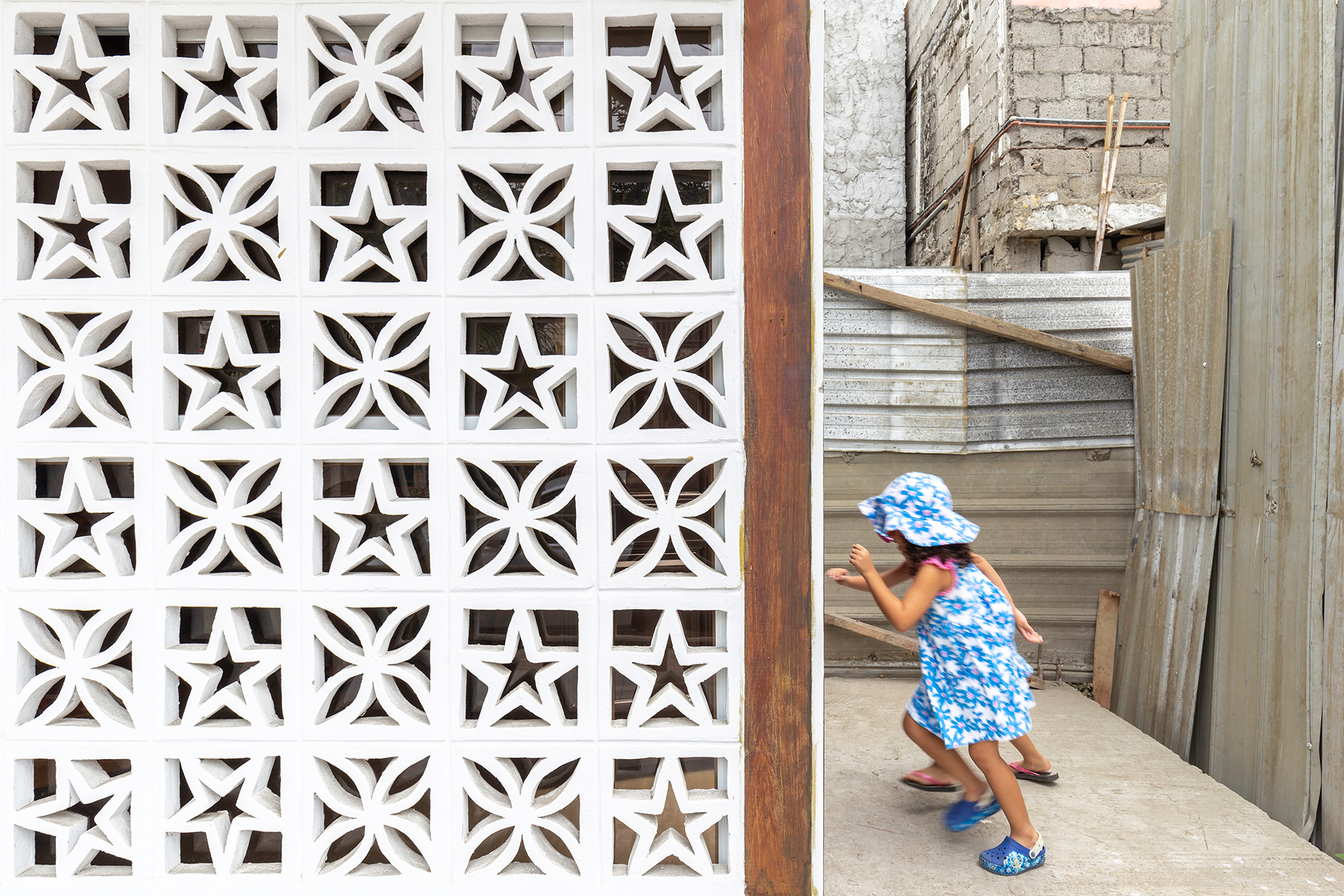 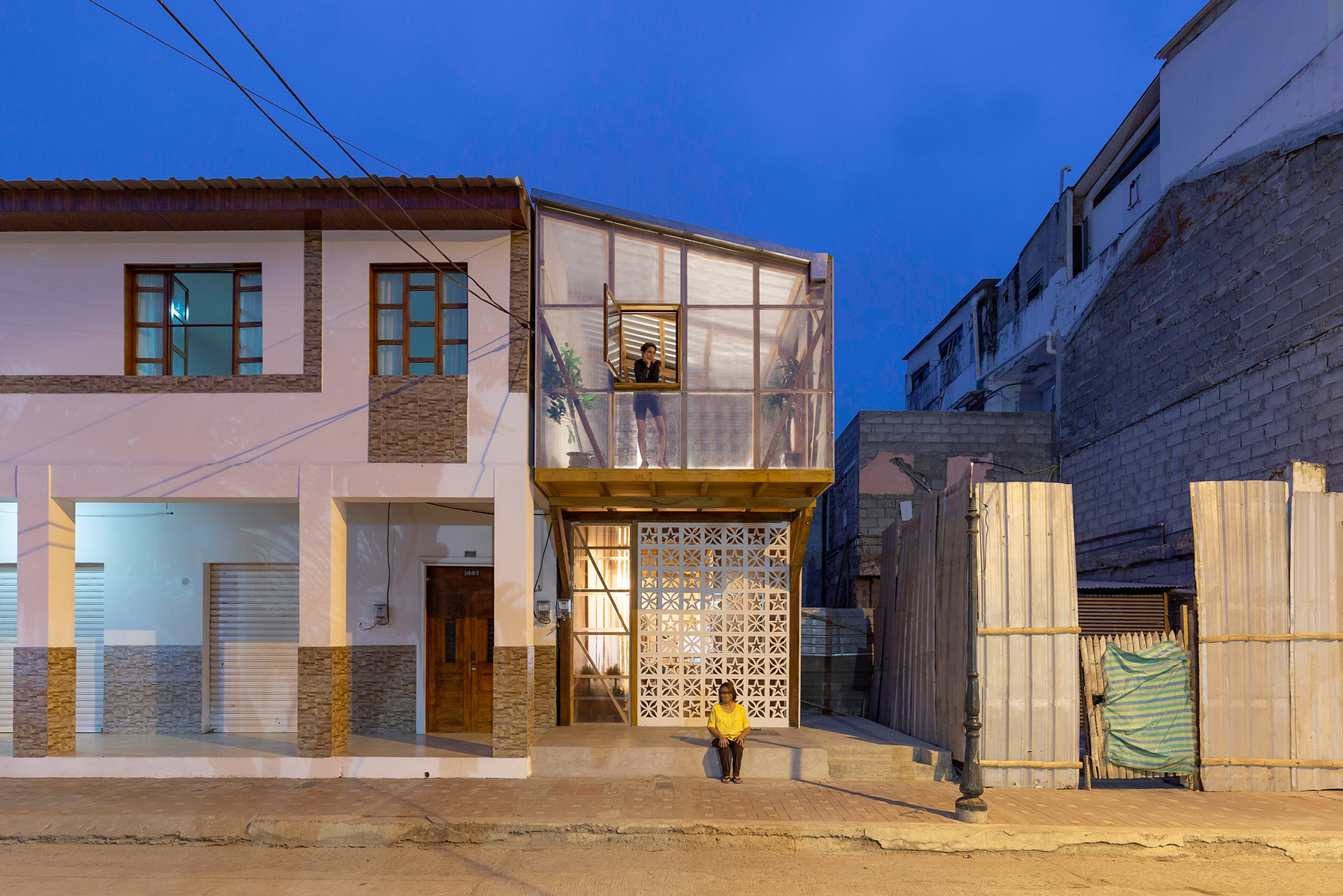 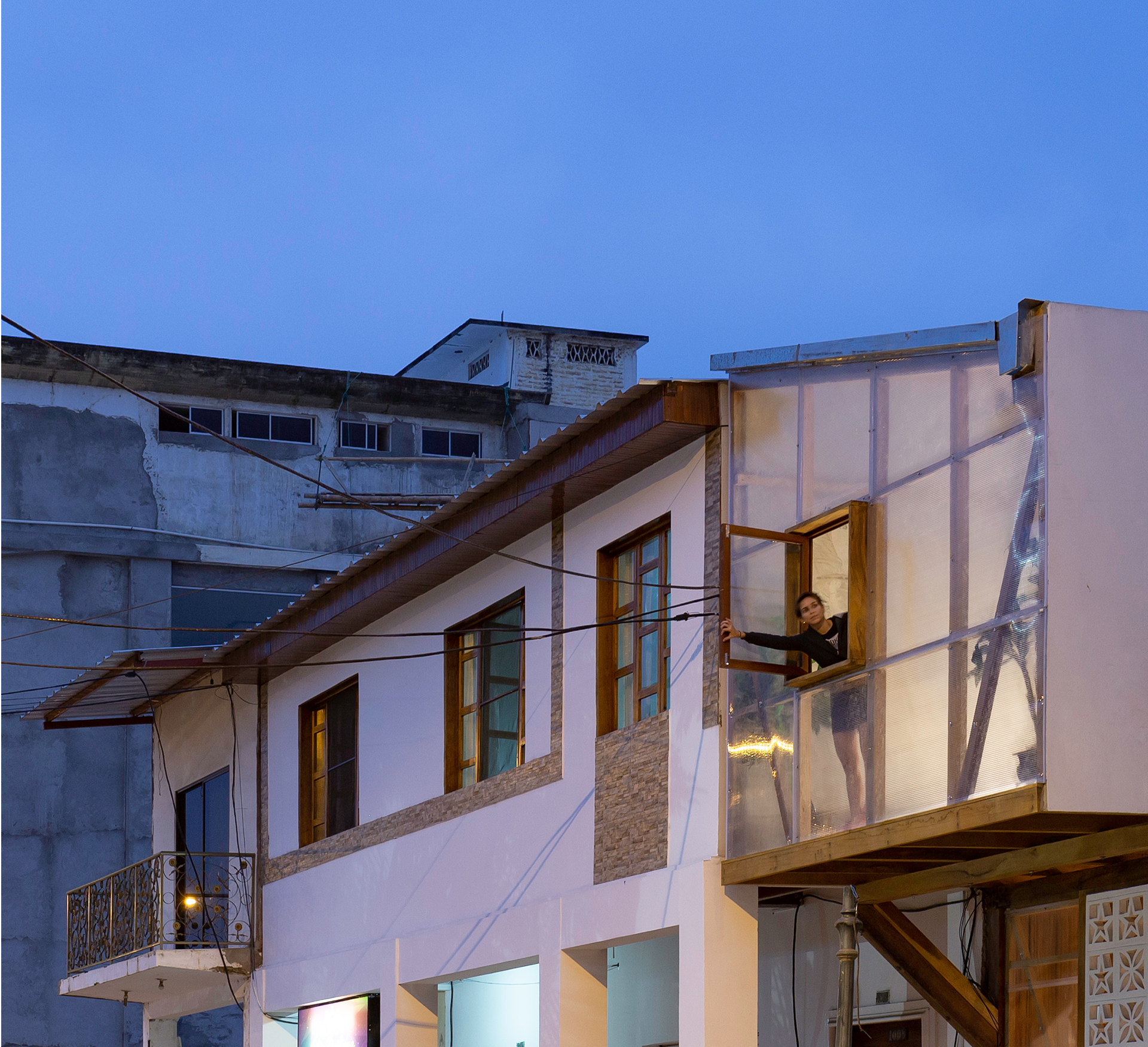